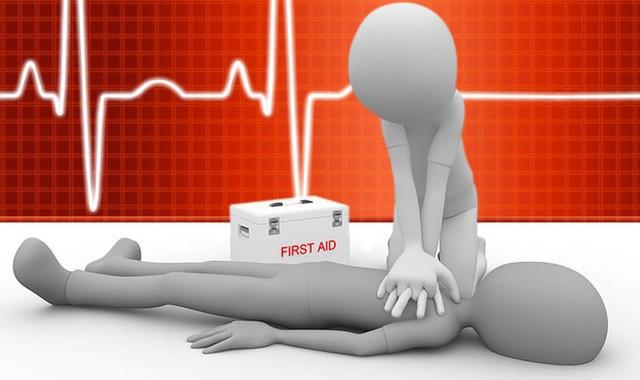 CPR, what does it mean to you?  Is it just a requirement of your job, or is it something that you consider a fundamental as a parent, citizen or worker in your job?

Here is the scary fact – in Australia, around 30,000 people suffer a sudden cardiac arrest each year; on average, only 9-10% of these people survive.  These are the lucky few…lucky because when they collapse there has been someone nearby who knows how to help.

CPR though, is fundamental to the best chance survival of an individual and although it can be seen as a necessary ‘requirement’ of one’s job and education, even the slight chance of saving someone MUST be explored.  It was only just recently when CPR truly did save a victim at a licensed venue here on the Gold Coast…read this report from one of our security trainers here at RAM Training Services.

While working at a licenced premises on the Gold Coast on a busy Saturday night, a male patron had partaken in one too many recreational drugs.

While the male sat at the table, the quick reaction of the drug’s effects had taken a hold and stopped the male’s heart. There were no signs leading up to the event, his heart simply stopped on the spot, his face and lips turned blue, and the male hit the floor with a mighty thud.

Staff immediately contacted security informing them of what has just occurred.  It took approximately 20 seconds before 2 security guards arrived to find him unconscious, blue in the face and lips, in spasms and frothing at the mouth.

Both guards put on their gloves, one guard rolled him into the recovery positon scooping out all the saliva and foam pouring from his mouth, ensuring there was no obstruction.  The other guard was radioing through all relevant details to Control for emergencies to be called, and for back up.  A further 5 seconds had passed.

Once the guards finished the initial stages, they rolled him onto his back and commenced CPR.  While this was happening, one other guard rushed to the first aid room to collect the first aid kit, defibrillator and the oxygen tank, and returned to the scene.

The guards continued CPR, oxygen therapy and defibrillator for a further 8 minutes until there was signs of life.  Once the male started to show signs of consciousness, they ceased CPR rolled him into the recovery position and monitored him, reassuring him he was safe and they were taking care of him.

The ambulance arrived 20 minutes after the initial call.  The paramedics assessed him, stabilised him and took him off to hospital.

The male recovered back to normal conditions.  This occurred thanks to the early intervention of all guards involved, and being advanced first aid trained, starting CPR early and early defib.

CPR training done well can lead to YOU having the skills and knowledge to intervene in a situation that is potentially life-saving.  At RAM, we want to make sure that you have the CPR skills that make you ready, willing and able to take charge.

Shenoa is a Managing Partner at RAM Training Services.
You can connect with Shenoa Gittins via Facebook.

Are you interested in furthering your training? Send us an Enquiry today: Send Enquiry

Please feel free to fill out our enquiry form below with any questions or queries you may have regarding our services. We will respond as quickly as possible. Alternatively you can call us on 1300 328 500.